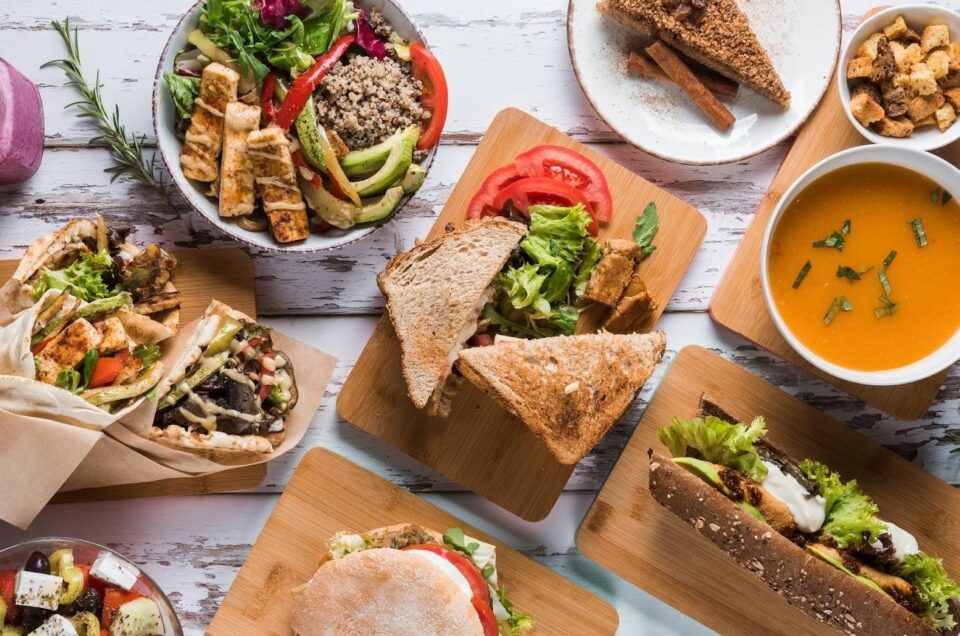 Explore and taste the ever-rising vegan friendly cuisine of Athens, whether you’re vegan or just want to try something new!

In celebration of ‘Veganuary’, this article for the 10 best vegan restaurants in Athens is a tribute to a different and tasty side of Athens with the best vegan restaurants in town! The rising popularity of veganism’s plant-based diet has been the driving force behind many local businesses’ decision to enrich their existing menus with vegan options and at the same time, new vegan places have been sprouting up all over the city, gaining rapid popularity. In this article, we present to you the top 10 vegan restaurants in Athens with the best raw materials, creative menus and traditional Greek dishes with a twist. Whether you are vegan or not, these are the spots to be if you want to eat something truly delicious and out of the ordinary!

In the center of Athens beats the heart of Greek gastronomy. From fine dining to street food, the options are endless and now, these options apply to vegan food too!

In a city where the concept of ‘taverna’ used to monopolize dining, the fact that there are now double-digit operating vegan restaurants is considered a win! In Veganaki , close to the Acropolis Museum, you can enjoy traditional comfort food in their most modern vegan versions.

Close by, you will explore alternative street food in  “Peas”, a new entry in Athenian vegan friendly cuisine.

A fifteen-minute walk from Syntagma Square up to Akadimias Street will take you to “Mamma Tierra” with creative vegan and vegetarian options. It’s easy to miss “Vegan Beat” and “Avocado” while walking around the city center, but one should definitely not miss out on their delicious and healthy menu.

In Exarcheia, one of the most youthful and busy districts in the heart of Athens, just minutes away from Syntagma square on foot, two more popular vegan places pop up.

In Cookoomela Grill you can taste a different kind of souvlaki, Greece’s most famous street food, while in Bamboo Vegan you can also do your essential vegan grocery shopping since it operates as a mini market too. As more and more young people are starting to change their eating habits, these two restaurants breathe new life into the streets of the area.

The contemporary concept of vegan cuisine does not limit itself in the vibrant Athenian center however.

Glifada, a beautiful buzzing area just 30 minutes away from the busy center, is undoubtedly the capital of vegan food in the northern suburbs of the city.

Yi is considered one of the first restaurants of its kind to have opened in Athens, offering gourmet dishes that can satisfy all types of palates.

For those with a sweet tooth, Avit offers a variety of options to go along with your (always vegan!) coffee.

While different bus lines serve routes to Glifada, if you are using the subway, line 3 of Athens metro station will take you to Ilioupoli and Trivoli Vegan, a small district cafe with a rich menu you wouldn’t want to miss.

It’s all in the mentality…

Food connects people regardless of what they choose to eat. Our goal is not to force the vegan way of life to anyone but instead, to show a different and tasty side of Athens.

We are proud that our city is now considered a vegan friendly destination and here in Athens By Bike, we also promote a healthier, eco-friendly and sustainable lifestyle.

Our tours cause no environmental damage, they promote health through physical activity, and they are certainly a much more interactive and economical way to discover a city than other types of tours.

The best way to explore the city and most of the restaurants presented in this article is by joining our morning city bike tour or our sunset city bike tour!